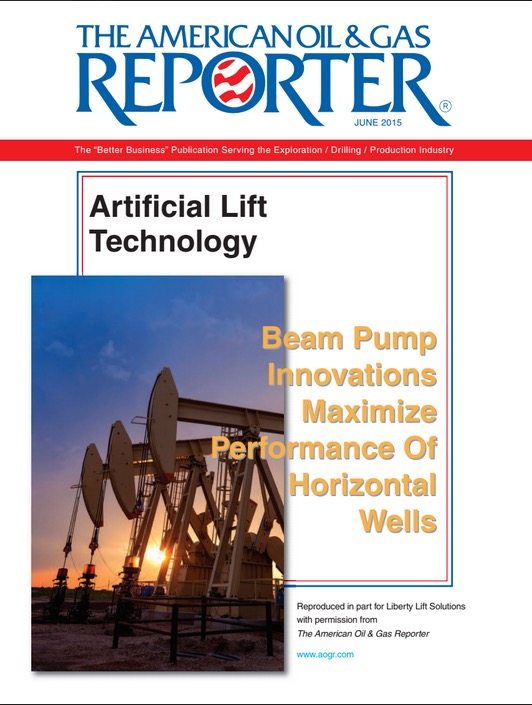 Arguably the biggest step changes in artificial lift technology, however, are being driven by the proliferation of horizontal wells in onshore resource plays, with their characteristic multiphase flow regimes and steep decline curves, according to Lloyd Heinze, a professor of petroleum engineering at Texas Tech University and executive director of the Southwestern Petroleum Short Course.

While more than 95 percent of all U.S. oil wells require some form of artificial lift (as do increasing numbers of gas wells), Heinze says future advances will revolve around two key challenges:

“The growth of horizontal wells in multiwell pads in liquids-rich shale plays already is, and likely will continue to be, the driving force of innovations in the artificial lift sector,”

“Sucker rod pumping is limited in horizontal wells, and both jet pumps and electric submersible pumps can be limited in these applications as well.”

Because of the limitations of the various types of pump systems, operators in many plays implement multiple forms of artificial lift at different points in a well’s production cycle. For example, Heinze notes, in Permian Basin tight oil plays such as the Wolfcamp, a well may be equipped initially with a jet pump or ESP to accommodate high flush rates, but then be converted to gas lift after a few months, and then to beam pumping after that, when production has declined to an optimal level for rod pumping.

“Artificial lift companies and operators will have to work together to figure out technologies that can pump the horizontal sections of the well faster and more effectively,”

Similar in theory to solutions for downhole gas/liquids separation, but more complex in practice, economic downhole oil/water separation (DOWS) has long been a key objective for both operating companies and equipment manufacturers. There have been applications of different DOWS configurations in North America, but the technology remains a moving target.

The idea, according to Heinze, is to separate water from oil using an in-well hydrocylone or gravity separation device, and then pump the oil to surface while directing the water within the same wellbore to an injection zone either above or below the productive zone.

In the meantime, oil and gas companies’ quest to improve asset performance, boost production economics, and maximize EURs is sparking innovations across all types of artificial lift technology. They include beam pumping units.

Liberty Lift Solutions’ beam pumping units offers both a high efficiency (HE™) and an enhanced geometry (EG™) design.
Both types of units are engineered to meet the demands of horizontal applications, but the newer EG model includes a 192-degree crank rotation.

Don Crow, vice president of sales at Liberty Lift Solutions, says his company is expanding its high-quality beam pumping product line to include both the high efficiency (HE™) unit and an enhanced geometry (EG™) design.

“Horizontal wells have changed the nature of the pumping unit business,”

“We started as a beam pump manufacturer, but as horizontal drilling evolved, we expanded into gas lift and jet pumps to keep up with operator needs.”

Both the HE and EG beam pumping units are engineered to meet the demands of horizontal applications. For example, he says, the HE units have 186 degrees of upstroke rather than the 180 degrees common on conventional pumping units, giving them higher efficiencies because of the longer upstroke.

Both beam unit designs are available in API sizes ranging from 57 to 1,280.

“Every well is different, and determining the best type and size of unit to deploy should be done on a well-by-well basis,”

“But ultimately, it depends on how much fluid an operator is trying to lift and from how deep.”

The HE design is a straight-crank, conventional-style pumping unit, Crow clarifies.

“It is the structure design that gives it the 186 degrees of crank rotation, and it offers operational advantages in rod-pumped wells because of this characteristic,”

The EG is a phased-crank design.

“It has totally different characteristics,”

“Operators really can see the difference between the two designs in downhole dynamometer cards showing pumping unit loading during upstrokes and downstrokes. In some cases, if a conventional pumping unit was maxed out, you possibly could do the job with one size smaller EG because of the phased cranks.”

“The increased number of horizontal wells has increased the need for both gas lift and jet pumping,”

“For a variety of reasons, the operator may not put a pumping unit on a well until several months after it has been completed. In the interim, gas lift can provide an effective alternative form of artificial lift.”

“The same goes for jet pumping,”

“Operators tend to use jet pumps early in the production phase, such as during flowback, or in cases where a well is not a candidate for rod pumping or gas lift. Jet pumping generally is suitable in these wells, as long as there is enough bottom-hole pressure.”

Crow says the Select-Jet pump allows the operator to operate in normal or reverse flow without requiring a sliding sleeve or having to pull the completion. The Hydra-Cell pump, which is available in models from 3,000 to 5,000 psi, significantly reduces maintenance problems associated with conventional packedplunger pumps. The pump can operate with a closed or blocked suction line, and can run dry indefinitely without damage, he notes.

Click here to access our interactive map with a complete listing of all Liberty Lift office and service locations within the United States.

Request a Design and Quote